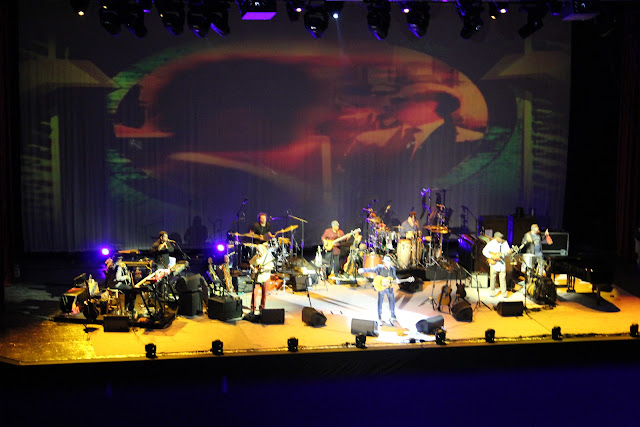 My friends are cynical about seeing the monuments of rock and pop in concert, and so am I. Usually the sound in the venues is awful, so you can't hear much of anything. Then there's the costly ticket prices (I paid NT$3800 to get in), short performances and having to sit through a bunch of new stuff that doesn't resonate. Still, when Paul Simon rolled into Taipei, I wanted to see him, to be in the presence of a singer that I've been listening to ever since I can remember and who has influenced me with his lyrics and melodies. This is some of what he played tonight; there were four or five songs I didn't recognize:


In all, it was a good concert. Nobody was leaving for the doors. The sound was fine. His band (all eight of them) were top notch too. I just kept thinking, this dude is 72! According to Simon, this was his first visit to Taiwan. He did the mandatory "thank you" in Chinese and several encore songs before leaving.


The Only Living Boy in New York was the first Simon and Garfunkel song, or "S and G stuff" as Simon referred to them, played. I'd listened to it the day before with a bunch of other stuff to get in the mood. When I heard this one, ironically, I thought he'd never play that one.

Patrick
I attended a Paul Simon concert a few years ago in Calgary and like you I wondered how the acoustics etc. would be in the Saddledome, however, it was well worth every penny we paid for the tickets and then some. He was promoting the album Rhythm of the Saints and although it is not my favorite he did play several songs from Graceland, just as I had hoped. His back up musicians were all African and playing traditional African instruments. I am sure that had they not been there the concert would have mediocre.

I talked to a friend who went to the concert. He said he found it an emotional experience because every other monument he'd seen recently wasn't able to sing anymore. Paul Simon sounded just like he did when we were born.

Is your blog dead? Nancy and I just came back from NYC and I thought I could read some new stuff on Taiwan's history!

Guess you're busy with the Hammer and your girls ;) 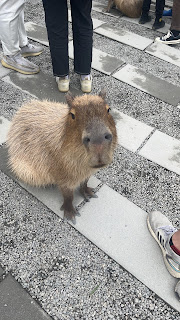