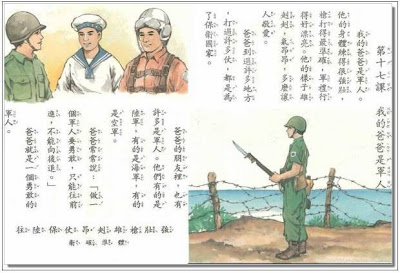 It seems to get a bit more ominous later on: "My father is soldier. He looks good in his beautiful uniform. My father is a brave soldier. He's got a lot of friends who are soldiers too."
When I look at this picture, Kinmen Island springs to mind. I don't know why. I guess it could be anywhere.

Posted by Patrick Cowsill at 13:31 1 comments 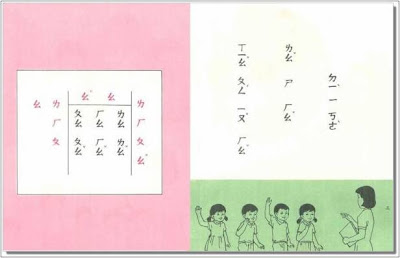 Posted by Patrick Cowsill at 13:29 0 comments 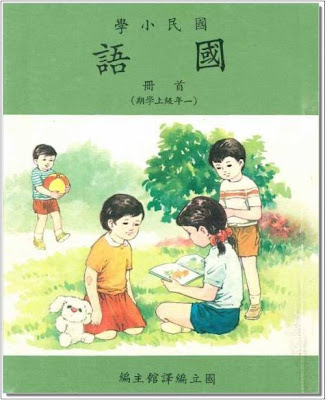 My wife found this somewhere; this is the traditional textbook. Many people have complained that Taiwan's old textbook didn't teach Taiwanese that they were victims, both culturally (Yunlin Massacre, 2-28 Massacre and White Terror) or nationally (Asia's orphan, abandoned by China over a 100 years ago and isolated by the world's countries ever since). They're rectifying this now.

Posted by Patrick Cowsill at 13:13 2 comments

Marc Plumb has posted the text of a letter that showed up in the Taipei Times about a month ago on his blog Initechnology. It seems to have caught a lot of the eye of many people:

Taiwan's natuaralization policies seem even more out of whack, especially when we consider how many locals take advantage of generous immigration policies offered by New Zealand, Australia, the US or Canada. A look at the statistics speaks to this.

According to Taiwan's census, 326,000 Taiwanese have emigrated in the past ten years. In the US alone, there are 2,879,636 Chinese people (US Bureau of Census, 2003). Here are the naturalization stats for Taiwanese in that country over the past ten years:

During this same period, only 11 Americans have managed to be naturalized in Taiwan.

That's Mr. Foreigner to You 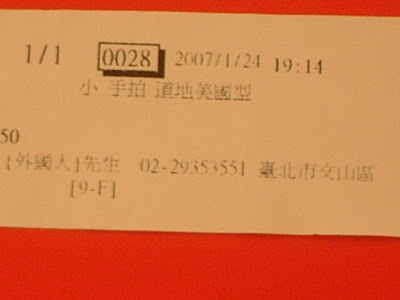 I ordered a pizza from Dominoes tonight. This is the label that they plastered to the box. It reads for "Mr. Foreigner".
I've been here in Taiwan for some time, so language wasn't really an issue. The cashier asked me what kind I wanted, if I would be having the thick crust or thin crust, if I'd like to try one of the newfangled crust fillings or if I wanted chicken wings. He asked me for my phone number, said I'd have to wait 10-15 minutes and that I was Number 28.
Only he couldn't bother to ask me my name. I was just "Mr. Foreigner" to him.

Racism is Imported to Taiwan

I came across this thread at Doubting the Shuo: http://toshuo.com/2006/non-racist-recruiting/ One of the respondents claims that whenever he complains that people in Taiwan are being racist, xenophobic or ethnocentric, his local friends tell him to stop being silly because these things don't exist in Taiwan. They only happen in the West.
The following is from W.A. Pickering's Pioneering in Formosa. An account of his adventures in Taiwan during the 1860s, the book was originally published in 1898. Pickering is venturing into the heartland. The way has grown perilous. It is getting dark. The path is steep and slippery. Aborigines lurk in the foliage, and they want heads. Two of Pickering's Chinese companions, Ah-san and Lo-liat, are scratching their heads and bickering with each other. They're trying to remember the exact moment they lost their minds and took up with this crazy Westerner.
"Whilst waiting there for Pu-li-sang's return the spirits of Ah-san and Lo-liat again drooped. They lamented their foolhardiness in offering to accompany me. They stated that Europeans, being so inferior, might be so unwise as not to value their lives, and indeed it was possible for the same reason that the savages might not hurt the 'barbarians', as the termed them 'kinsmen'; but Chinese, being 'men', should be more prudent, and that if they had behaved according to their superior enlightenment they would have been safely at home at Taiwanfoo [Tainan], not enduring all these risks and discomforts in the company of barbarians" (Pickering, 146).
It does sound imported, just not from the West.

Posted by Patrick Cowsill at 12:50 0 comments

If You Build It, They Will Come? 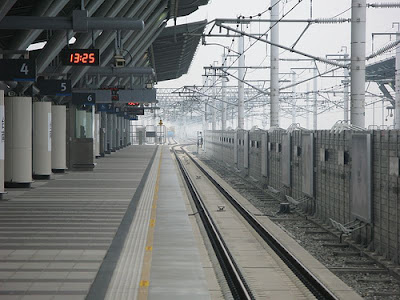 My friend Jeff commented on the weirdness of the shot after taking it - I thought this was Taiwan? Where are the people? 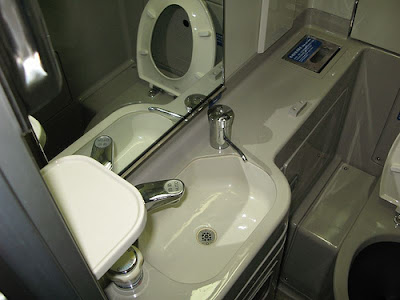 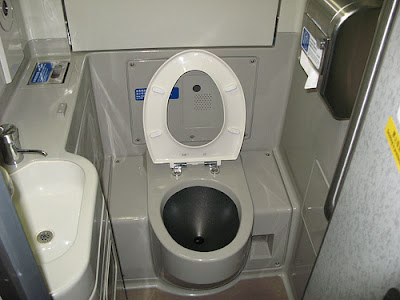 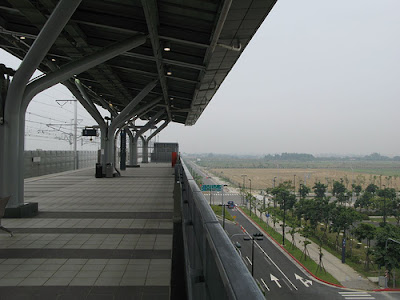 High speed desolation. My father-in-law, a soft-spoken Taiwanese man who has worked all over the world as a transportation/civil engineer once worked for Taiwan's high-speed railway. He quit a couple years back. When I asked him what was going down, he told me it was "messed up in eight directions."

Posted by Patrick Cowsill at 01:10 1 comments

My Buddy Jeff Went to Tainan 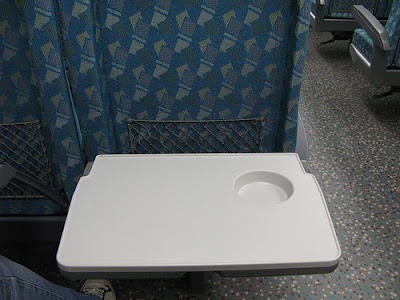 My friend Jeff Sung sent me these pics of the high speed rail. According to the literature, this table can hold 10 kg.

Posted by Patrick Cowsill at 01:04 0 comments