The Most Famous Restaurant in Monga 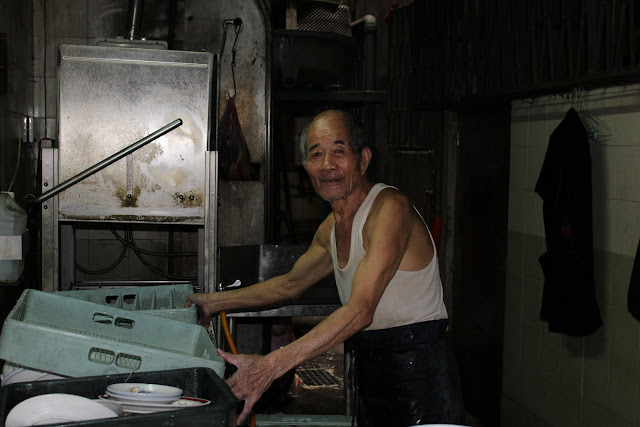 周記肉粥店面 Restaurant, Monga
I've finally done it. I've located the best red fried meat (紅燒肉) joint in Taipei. And get this: it's just down the street from where I live. According to diners, this place is so good that Japanese people fly in just to sample their wares. The prices aren't even that outrageous; we had four bowls of congee (NT$60) and two plates of red fried meat (NT$160), for a grand total of NT$220. I guess I shouldn't be overly impressed with myself. It is after all famous. Plus my wife eats there pretty regularly when I am at work.
For me, you judge a restaurant by its food, not service or decor. When was the last time you went to a restaurant because you heard the service was good? It's the food that matters. Actually, whenever I do go into a place that seems kind of fancy, I wonder what they're compensating for and how much extra I'm going to have to pay for the paint job and pictures on the wall. At 周記肉粥店面, I wasn't worrying about the service either. We had to ask about five times to get a second plate of red fried meat: http://lockerz.com/s/125272532. Check out the chipped plate it came on. This place is a dump, a wonderful dump. 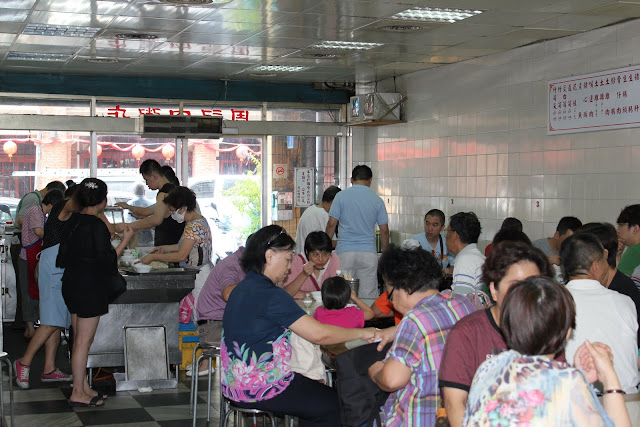 Two o'clock and the place is choked with customers

Posted by Patrick Cowsill at 17:45 5 comments 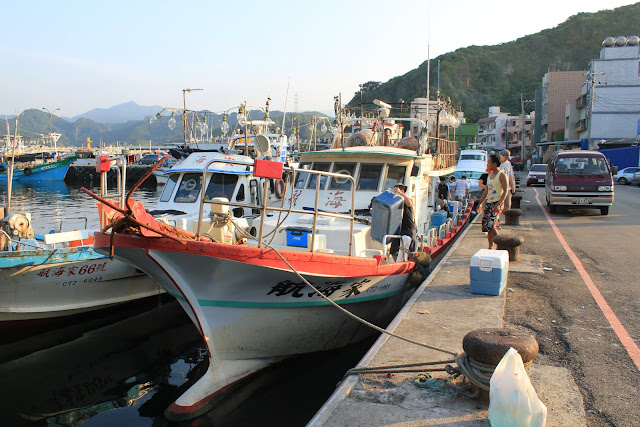 Our boat (right)
I just came back from an overnight fishing trip off the coast of Keelung, Taiwan. I thought I'd throw up a quickie because I had so much fun. Chris Jackson, over at Taiwan Angler, http://ow.ly/5Nmeb, will undoubtedly put a more detailed account up on his Web site some time in the next couple of days. He's the guy that keeps dragging me out to fish. It goes without saying that I had my reservations about this trip. Taiwan is in the middle of typhoon season. The Perfect Storm scenarios of being lost at sea had played through my head ever since I committed. We couldn't have asked for more perfect weather than what we got last night though. The water wasn't choppy. A cool breeze settled in and gusted across the deck all night. It didn't even rain.
The expedition was set up by Edward Lee, who works for Jigging Master Taiwan. Edward organizes these kinds of trips on a regular basis. In fact, he's going out again tonight. He told me last month, he organized a two-day, one-night trip to Okinawa. Fluent in English (he went to high school in Texas as his dad owns a Chinese restaurant in a small town near Dallas), Edward has been using social media sites such as Facebook to reach out to people from different countries and get them signed up for trips. I'd say he does a good job. This guy can really fish too; he must have hauled in 40-plus fish last night.
As with anything I do in Taiwan, there is usually a side-story and a couple of head-scratchers thrown in for good measure. After arriving at the boat in Keelung (see above pic), we were told to produce our ID. Forty-five minutes later, a couple of officers from the coast guard, dressed in bright orange, pulled up on a scooter. The leader had the group's ID stacked in his hand, and I noticed he was shifting Chris and my ARCs from the top of the pile to the bottom. Oh man, I thought. Are we going to have to fill out forms? No, it wasn't like that. The officer simply started calling out names, to which the people on the boat would raise their hands and reclaim their card. Nothing really came of the ominous shifting of our ARCs either. I'm guessing he was just trying to get his nerve up for a go at our names in English. I will say this: there could have been an extra ten people onboard for all he knew, but the officers weren't about to dwell on this point. They simply remounted and sped off.
Cracking open a cold one and breathing a sigh of relief, I said to Chris, "Seems we're not the only one who will be having a few tonight." On the other side of the boat, a group of girls, one in high heels no less, was getting into the mood, listening to Depeche Mode, drinking beer and taking shots at each other. "I bet they don't make it to eleven o'clock," I said, nodding. And, uh, I nailed that one. By eleven, all had crashed below. But credit to them -- not before doing a lot of fishing. We could hear a constant chorus of:
"Very beautiful!" and "How great you are!" Their men fished right up to the end this morning, which was much longer than the yuppie office types operating out of the stern or myself. Anyway, my final tally was seven sabre fish, two mackerel and two puffer fish. Chris was up in the high teens or maybe past 20. He also reeled in lots of sabre and makerel, three puffer (on the same line) and several bonita. It seems he saved his biggest catch for the end, a monster of a bonita that he hooked in the gills. I missed it on account of sleep. I'll leave off there. 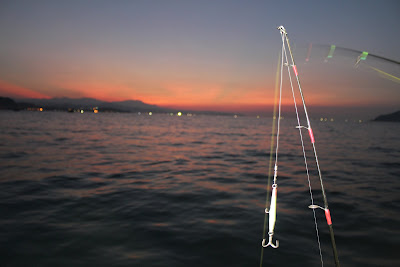 Sunset Seen from the Taiwan Strait

Posted by Patrick Cowsill at 15:39 0 comments

A Report from the British Consul in Formosa, August 6th, 1881 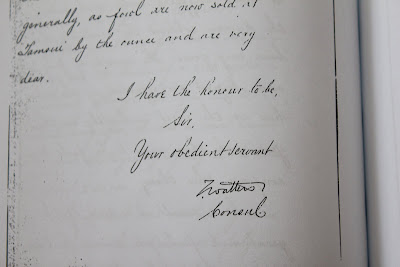